Domestic violence may seem unpredictable; however, it does in fact follow a typical pattern no matter when it occurs or who is involved. The pattern, or cycle, repeats and can happen many times during a relationship. Each phase may last a different length of time and overtime the level of violence may increase. It is important to remember that not all domestic violence relationships fit the cycle nor are everyone’s experiences the same.

In 1979, psychologist Lenore Walker found that many violent relationships follow a common pattern or cycle. The entire cycle may happen in one day or it may take weeks or months. It is different for every relationship and not all relationships follow the cycle—many report a constant state of siege with little relief.

This cycle has three parts:

Each phase my be followed by periods of calm. Each phase may last a different amount of time. Not all domestic violence relationships fit the cycle. Not everyone’s experience is the same. 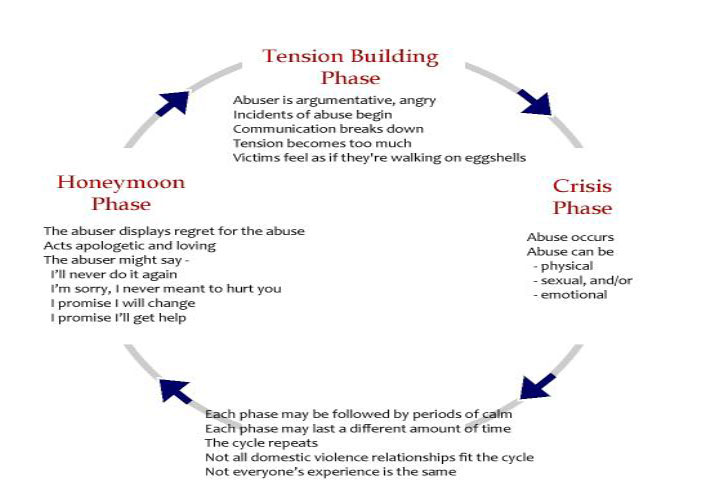 Adapted from Lenore Walker, The Battered Woman, Harper and Row, 1979