According to State Statue 340:25-5-117 Instructions to Staff, when a child has multiple alleged fathers, CSS staff are to:

Most cases have one, maybe two alleged fathers. But, some cases may have more alleged fathers. The “old way” to do this was to use Status 10 and input code 22 “NCP Unknown.” However, there is a way to do this using the OSIS EPOC screen and the section labeled. “Secondary Alleged Fathers” on the lower half of the screen. This can be used beneficially because the alleged fathers are removed from the 157 Report. It stops the audit time frames and it excludes the multiple fathers.

Another benefit is that caseworkers do not have to remember to take the alleged fathers out of status 10. After EPOC is updated after genetic test results are received, or after a disproval, the cases in the Secondary Alleged Fathers field can be a reminder that caseworkers can remove the unneeded alleged father from the list, and continue on to the next case.

Further, when using Status 10, there is no easy way to keep track of which FGN (Family Group Number) is related to a case. The Status 10s must be written in a file with references to the CP and children. Using Secondary Alleged Fathers easily keeps alleged fathers with the cases they are associated with. 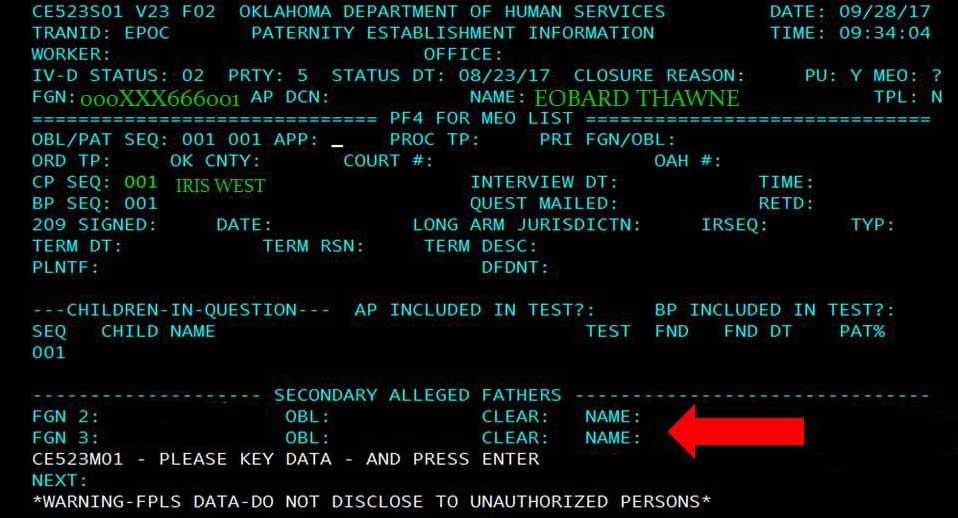 From its appearance, it seems the Secondary Alleged Fathers field allows two additional FGNs and alleged fathers’ names. But, if needed more alleged fathers can be added or “piggy-backed” on to the list.

To add additional FGNs, simply add the FGN and name of the alleged fathers in the spaces. 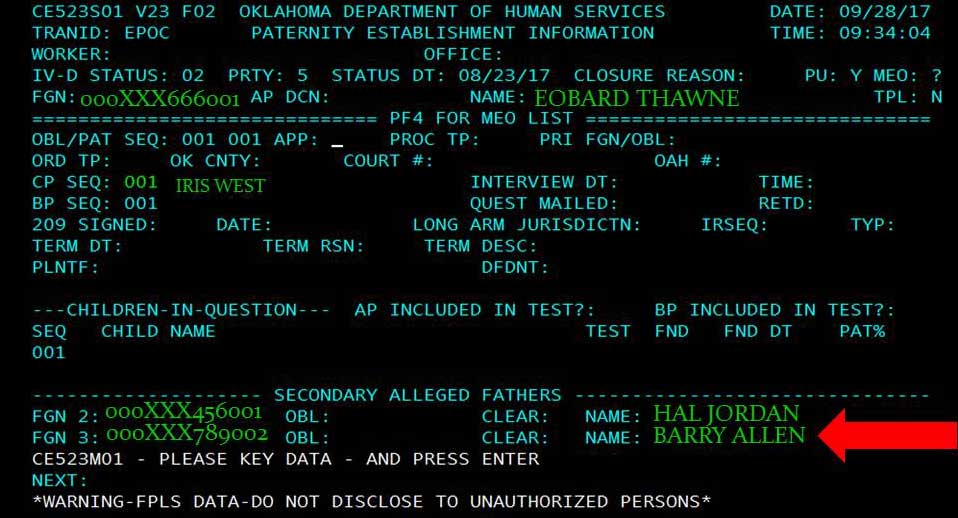 If you find more than 2 additional alleged fathers are needed, select the first father in the Secondary Alleged Father field. His information will populate the OSIS EPOC screen, and the third father in the original list will move up to the number 2 space. The fourth alleged father can be entered in the number 3 space.

Because EPOC lists secondary fathers as FGN 2 and FGN 3, it will be important to keep track of who has been piggy-backed on whom. This is a flaw in OSIS and it is hoped that it will be remedied soon. Until then, confusion may be avoided when there are more than three alleged fathers by developing a system that assists with keeping track of which fathers are “piggy-backed” on which father. 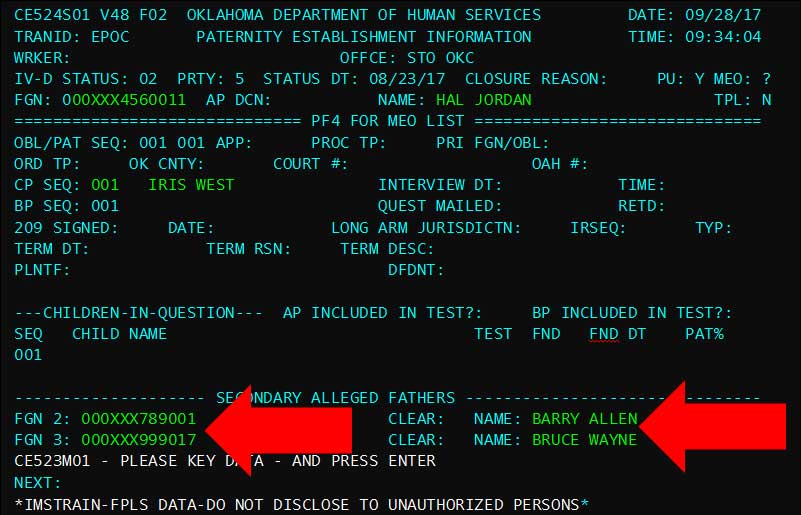 As many fathers as is needed can be added in this way, but only two at a time. Everything that is done on the case should be case-logged, making it easier to follow the case and see which fathers were “piggy-backed.” 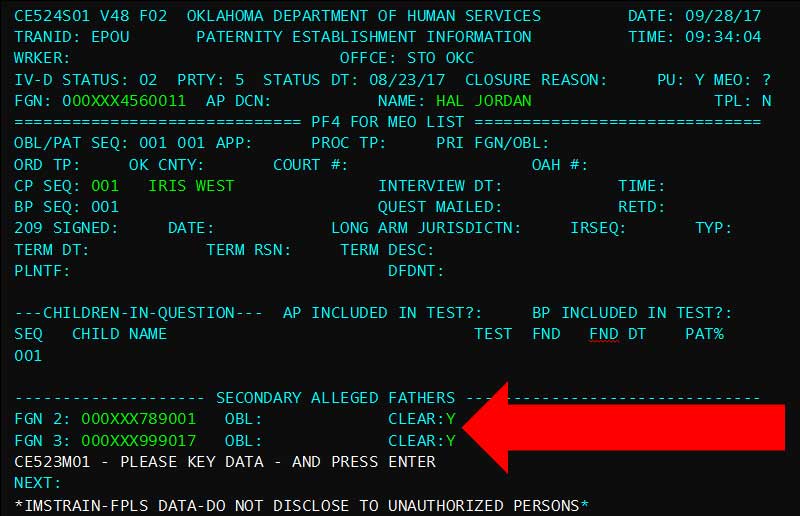 You might be interested in this article about Using EPOC to Generate an Authorization Number for Genetic Testing.

Create a Pended Obligation Before Generating Paternity and Establishment Documents

How to Generate an Authorization Number for Genetic Testing