How to format the six essential parts of business letters, and the optional parts that may be included. 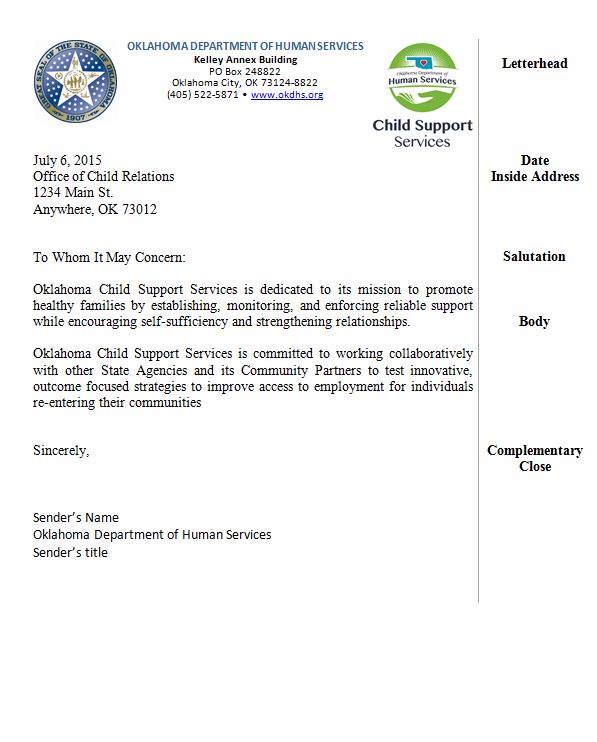 Several letter formats are used in American business correspondence. The most common are full block format and modified block format.

According to the Oklahoma Department of Human Services (OKDHS) Style Guide, OKDHS letters use the modified block format or the full block format:

Envelopes should be addressed in such a way the U.S. Postal Service (USPS) can expedite delivery. This involves a few simple guidelines:

No Order and NCP Release Date after Child Emancipates

Tips to Facilitate a Successful Service of Process

How to Obtain and Complete Service Electronically